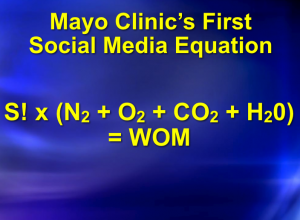 One thought on “Thesis 1: Air was the original social medium”