I’ve known Meredith Gould for about three years, and met her in real life a little over two years ago, at which time I discovered that she is a great humanitarian.

Meredith also has been a great advisor as we established the Mayo Clinic Center for Social Media, and in advance of her visit to Rochester for our Social Media Summit she did a post on our site, which she called: “This Bride Wants to Register at the Mayo Clinic.”

That post has gotten lots of traction, including being reposted on several other blogs. And earlier this week our Austin, Minn. ABC affiliate, KAAL, picked up on a tweet and decided to do a TV story featuring Meredith via Skype (and me in my office.). Here’s the link to that story. 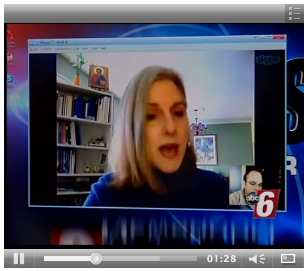 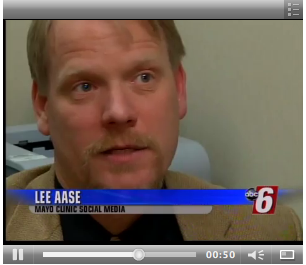 Sometimes other stations pick up TV stories that have run on a network affiliate, and that happened with Meredith’s as well. Here’s the version that ran today on the ABC affiliate in Los Angeles, KABC:

Another case study showing how social media can lead to traditional media coverage. It will be interesting to see whether this goes any further.