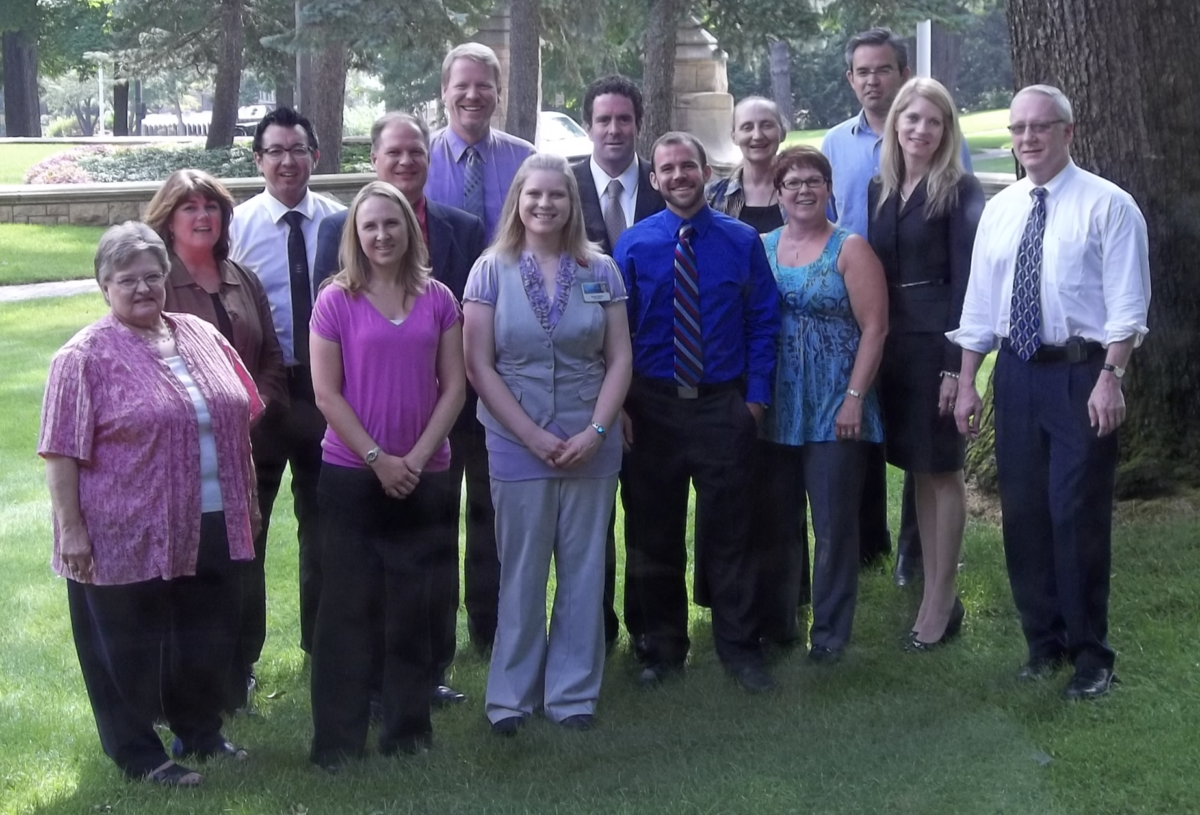 After the July 26, 2010 announcement of the Mayo Clinic Center for Social Media (MCCSM) and Social Media Health Network (SMHN), the enthusiastic response created a significant urgency to make them happen.

Over the next several months we built Mayo Clinic’s first dedicated social media team to join MCCSM and support SMHN, and also recruited a stellar External Advisory Board.

In addition to Dana Sparks and Joel Streed, who had been part of my team for several years as mentioned in part 1 of this series, and whose early work got us some of the quick wins that built momentum for the program, approval of MCCSM meant we could bring several new members to the team:

Makala Johnson (now Makala Arce) was Employee #1. She had been an intern and then filled in during a maternity leave on another team. She started as a Communications Associate in September 2010 and grew with us until she elected to stay home after her own maternity leave in August 2019. I’ll highlight some of her work in a future post.

Ron Petrovich came from a TV news background and became the manager on our team, taking charge of our syndicated media efforts among his many other roles. He has since advanced to become a peer as Communications Director for Mayo Clinic’s News Delivery team, and with my retirement next week is back in the saddle leading the Social Media team too.

Shawn Bishop came from our Mayo Clinic IT department and brought important technical skills to our team, especially as we developed our WordPress-based blog and community platform through CareHubs. He started as a Communications Associate and progressed to Senior Communications Specialist. He continues that good work in a newer role with Mayo’s Center for Digital Health.

We also added three Communications Specialists to the team, one for each of Mayo’s three group practice sites. Randy Schwarz was on the Rochester, Minn. campus and also had the major responsibility for SMHN. Jason Pratt was our first Florida Specialist and had an emphasis on social video production, bringing lots of energy to the team. Susana Shephard in Arizona had background as a Spanish interpreter, and so in addition to her social media consultations she took the initiative to create Spanish accounts for Mayo Clinic on Facebook and Twitter.

Polly Gilgenbach, Joyce Groenke, Laurel Kelly and Stacy Theobald were administrative assistants who took on expansive roles in support of this initiative. While Polly and Joyce preceded me into Mayo Clinic retirement by several years, Stacy has advanced from assistant to coordinator and, with the completion of her bachelor’s degree, is now the social media Communications Specialist for the Minnesota campus. Laurel is a coordinator working with Ron on the News Delivery team.

The picture at the top of this post is from our second team retreat, which was 10 years ago last week, and also includes our first medical director for social media, Dr. Victor Montori, who volunteered for the first couple of years after having helped to inspire the creation of MCCSM.

The External Advisory Board (EAB)

The first members of the EAB came from those I had met online and in-person who were sharing helpful perspectives on the use of social media in health care. In and among the staff hiring interviews, I was scheduling calls to invite these online allies to be part of the EAB.

After we got our first dozen members, however, I realized that in addition to this old-fashioned networking I needed to harness the power of social media and crowdsource the remaining EAB members. We announced the initial members but then created an open invitation process for others to express interest in joining.

I often say, “Facebook is for your friends. Twitter is for the friends you don’t know yet.” Our EAB process demonstrated the truth of this proposition. By opening the applications and promoting with appropriate hashtags through Twitter we were able to pull together an amazing EAB.

The picture below is from our first in-person meeting, in Jacksonville in March 2011, and in addition to Shel Holtz on the big screen via Skype it includes several of our MCCSM staff as well as other interested Mayo Clinic staff.

Our first EAB roster (obviously not all of whom could attend our first meeting) included:

In my next post I’ll share some of the highlights of what we accomplished during those early years, along with some innovations and interesting projects.