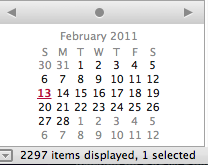 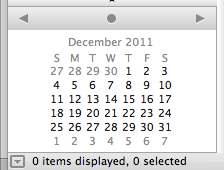 In this post I wrote about how a blog can be the ultimate personal electronic “general reference” filing system that is consistent with David Allen’s Getting Things Done, or GTD, approach to life organization.

I still think a blog can be useful for general reference. I often use the SMUG blog in that way. I vaguely remember that I’ve written about something here, and use the search box at right to find the information, often including links to relevant external Web sites.

But that post was written in the pre-Twitter, pre-Yammer era. I think these micro-blogging tools can be even better for this general reference function than a full-blown blog is.