I’m delighted to be in Nashville this afternoon to provide the opening keynote at the Health:Further 2016 Summit. It’s a special treat because it’s also my first face-to-face meeting with Andre Blackman, one of our #MCSMN External Advisory Board members. Andre is organizing the event and invited me to kick it off.

Here are the slides for my 25-minute keynote:

The New Era of Healthcare Communications from Lee Aase
If you’re not part of our Mayo Clinic Social Media Network, please check out our free Basic Membership or other options.

This morning my colleague Annie Burt and I had an opportunity to present to the Minnesota IABC Convergence Summit 2016 at the University of Minnesota. Here are our slides:

We enjoyed getting to do this, and the great questions and conversations both during our session and at lunch. We’d welcome any additional thoughts you have in the comments below. 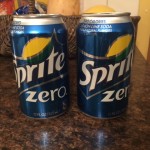 It’s 4:30 a.m. CST on March 1, and as I sit down to enjoy my reward for drinking the last of my eight glasses of MoviPrep® (and as I get ready to sit somewhere else in a few minutes!), I’m looking ahead to the #ScopeScope.

Starting in a little over three hours, Mayo Clinic will be broadcasting my colonoscopy on Periscope. We think it’s the first #ScopeScope, but we’re sure it’s the first time Mayo has done a live procedure broadcast to a general audience.

Please help us make that audience as large as possible, because our message is important:

Here are three ways you can help:

As we announced in late January, Mayo Clinic is working with the patient advocacy group Fight Colorectal Cancer on its #StrongArmSelfie campaign to promote awareness and appropriate screening.

The campaign officially kicked off last week at NASDAQ, and Mayo Clinic is among those featured in rotation on its JumboTron in Times Square

The next release in the campaign is our music video of “Stronger Than That,” the anthem written and performed by @FightCRC advocate and Nashville recording artist Craig Campbell. Here’s a video from @FightCRC with some background on the song:

That’s where you come in:

We’ve got some great images already, but we’d like to include more that SCREAM global/international. I’m thinking it would be excellent to have #StrongArmSelfies taken in front of highly recognizable landmarks such as:

If you can, in the next few days, please post your photo flexing in front of some highly recognizable landmark. This could be just the ticket for inclusion in the “Stronger Than That” video we’re releasing next week.

And even if you can’t get in front of a landmark, or if your photo isn’t selected, it still helps raise awareness of the need for colorectal cancer screening and raises $1 from Bayer Healthcare to support Fight Colorectal Cancer.