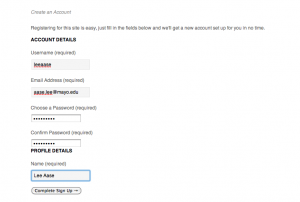 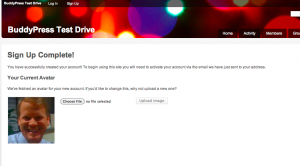 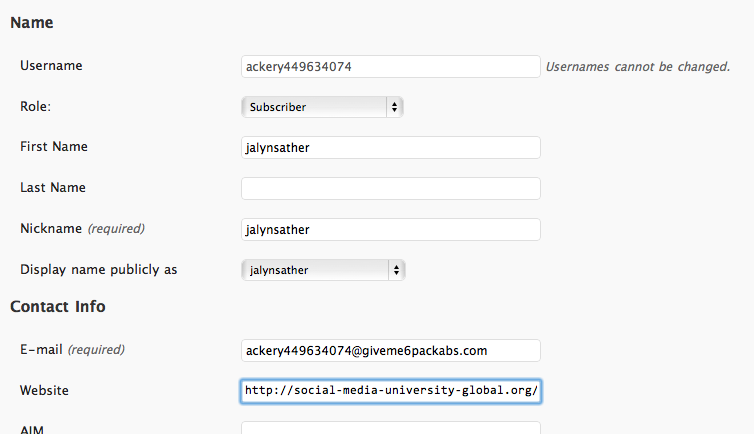 As I said in Blogging 117, blogs enable conversations, and one key way those happen is through comments. And comments you leave on other blogs have the additional benefit, if you comment thoughtfully, of encouraging readers of those blogs (and perhaps the authors) to visit your blog and see what you have to say.

Trackbacks are a special kind of comment that require special mention and explanation, because they involve some mysterious lingo that isn’t intuitive.

In essence, a Trackback is a comment on someone else’s blog post that you leave on your own blog. It’s sort of a mega-comment.

Here’s how it works.

END_OF_DOCUMENT_TOKEN_TO_BE_REPLACED

Blogs are a conversational medium. As we learned in Blogging 101, a blog is essentially a newspaper. Two major factors that set blogs apart are:

But comment spam isn’t the main point of this post. This post is about how you can legitimately engage in discussions through comments on other related blogs, and as a natural byproduct attract visitors to what you’ve written.

If you’re commenting just to attract blog traffic through that single link, people will sniff it out and you won’t get much out of it. But if you’re contributing meaningfully to the conversation, you not only will get some visitors via the link in your comment (as described below); you also make it likely that the blog’s author will take notice of your blog and possibly link to it in a future post.

END_OF_DOCUMENT_TOKEN_TO_BE_REPLACED

I suppose I have brought this on myself (or maybe that’s just a blame-the-victim mentality), but some recent developments have led me to establish some new rules for accepting Facebook friend requests.

I have previously encouraged any SMUG students or even casual readers to add me as a Facebook friend. I still hope you will. The fact that you’re here suggests that Google thought you might find this content interesting and relevant, and that you took Google’s recommendation. We should be friends, even if we haven’t yet met.

But in the last month or two I’ve had an alarming increase in friend requests from people who seem to think Facebook is the next Amway, and who want to use it mainly as a tool for multi-level marketing.

Getting away from spam (the electronic kind, not the trademarked kind that is made in my home town, and which saved Western civilization during World War II) is a major part of Facebook’s appeal. I don’t want to be bombarded with get-rich-quick schemes.

Lately, I’ve had too many scenarios like this, which started last night:

Within a few hours I had received this (click to enlarge):

And very shortly after that I received these two group invitations:

Jan’s not the only one who’s done this, but this was the proverbial straw.

So he’s not my friend any more. Not in Facebook, and after this post, likely not elsewhere either.

And I’ve developed some new rules for Facebook friend requests. I’ve had other people whom I have accepted as friends send friend requests to my kids, who thought they should add people because I did.

So here are my new rules, which are less strict than Facebook would suggest, but yet leave room open for connecting with people who have a common interest in learning about social media, not just using people as leverage points.

If you’re reading this post, you’re exactly the kind of person with whom I want to be friends. But for those who add me because I’m first in alphabetical order in all my friends’ lists as you cruise Facebook, they’ll be ignored.

Are you having a problem with friend spam, or is this just among the cons (there are many pros) of having a surname like Aase?

A reader named Andy raises a point I hadn’t considered, and which I tend to doubt, but I’d like any feedback from someone who may know. And because Social Media University, Global is a research institution for social media higher education, in addition to offering practical, hands-on learning, I’ve devised a project in which we can all participate to test for ourselves whether what Andy said is correct. This post is added to the SMUG curriculum as Blogging 304: Hyphenated Domain Name Research Project.

Andy writes, in a comment in the About Me page:

The reason I doubt this is three-fold:

The results I get when I search (and the fact that I get traffic based on search terms like blue shirt nation) doesn’t sound to me like I’m being penalized in Google’s search results. But who knows? Maybe Google adjusts the results when I’m searching because it associates my computer with my blog, and therefore considers my blog more relevant to me.

So here’s your SMUG assignment:

I’m looking forward to learning through this SMUG research project, and hope you’ll take a couple of minutes to participate.