I’m honored to have been asked to serve on the Advisory Board for the 2011 SXSW Interactive Festival’s one-day health track.

From everything I’ve heard, the social health unconference in March was fantastic, which is what led Hugh and the SXSW gang to go for the full-day health track.

My problem with SXSW is the timing; it’s always around the first week of Minnesota’s high school basketball tournament, and I have a son who will be lacing ’em up for the Austin Packers for the next three years. Depending on the date for the health track, I may be able to attend, but it’s questionable.

Which makes me, I guess, a good Advisory Board member, since people serving in that role can’t be speakers or panelists.

So…I look forward to seeing lots of good panel proposals, and helping in some way to shape the event. And even if I can’t attend, I’ll definitely be following the Twitter conversation.

I’m keeping this post brief because I want to get it out as quickly as I can: the submission process for panels ends tomorrow, July 9.

Go to the SXSW Panel Picker to submit your panel today.

And I DO mean TODAY!

Thanks to Reed Smith and Tom Stitt, co-chairs for the health track, for nominating me to the Advisory Board.

Watching some of the tweet stream, I’m sure I would have really enjoyed being in Texas for South by Southwest. But I’ve had a lot of fun this week watching basketball, including Wednesday night when my son Joe, a high school freshman, got his first game action with the varsity team in the first round of the Section 1AAA Minnesota High School Basketball Tournament. Here’s a snippet of his play:

Joe isn’t the guy who nailed the three in that sequence; that was Connor Gunderson, a senior who scored his 1,000th career point in the last regular season game.

Tonight the Austin Packers, seeded third, travel to second-seeded New Prague for the semifinal. I would definitely feel badly if I were missing it. I’ll have to rely on @EdBennett and others for the #SXSW and #SXSWi scoop.

Update: The Packers made a valiant run at it, but came up just short after falling behind by about 20. They cut it to 5 but couldn’t quite make it. 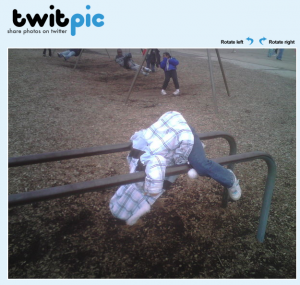