This is not a post about “How I created a viral video and you can, too.” It’s simply a story that I think you will find interesting, and from which you can learn. Your mileage will vary, but there are some worthwhile lessons for anyone interested in using social media from a business perspective.

At Mayo Clinic, we have been actively exploring and adoption social media tools. We did our first podcasts in September 2005. We set up a Facebook fan page in November 2007 and our Twitter account in April 2008. We’ve been actively uploading to our YouTube channel for a bit over a year, and have developed several blogs over the last 18 months or so.

We took a major step in January by establishing Sharing Mayo Clinic, our culture blog. This gave us a place to publish feature stories that don’t fit in our news blog or podcast blog.

With that as background, here’s our first viral video story:

On April 7, 2009 I got an email (a few of them actually) alerting me to a charming video featuring Marlow and Frances Cowan, an elderly couple from Ankeny, Iowa. The Cowans had been recorded doing a piano routine in the atrium of our Gonda building in Rochester. I thought it was fantastic, so I decided to embed it in Sharing Mayo Clinic. As of that time, the video had been seen 1,005 times since being uploaded in September 2008. By the next day, it was up to 3,805 views (click to enlarge)…

Meanwhile, on Twitter I noticed someone tweeting about her friend whose video of an older couple was getting lots of views on YouTube. A few tweets later she had introduced me to Jodi Hume and her mother, Sharon Turner. I got to have a delightful conversation on the phone with them, and that led to Jodi writing this post for Sharing Mayo Clinic (with Sharon’s permission), including a video of them describing what had happened on the day they shot the video.

The following week, we held our first Tweetcamp, a training session for Mayo Clinic staff to help them gain familiarity with Twitter so they could think of ways to use it in the health care environment. Tweetcamp was open to people outside Mayo Clinic as well, via conference call (and Twitter), to help Mayo staff see Twitter’s broad reach. I used my interaction with Jodi as a Twitter case study, and in so doing tweeted the link to our Sharing Mayo Clinic blog post to the Tweetcamp participants, which led to some re-tweets.

Doing Tweetcamp led to Mayo Clinic (and me) being included in this Good Morning America story about Twitter in health care. The Cowan video wasn’t shown, but Mayo being featured did lead to some additional traffic and followers for our Twitter account and Sharing Mayo Clinic blog.

On April 26, the Minneapolis Star Tribune ran a story about our Mayo Clinic social media programs, which included this paragraph:

Recently, Aase found a six-month-old YouTube video of an exuberant white-haired couple playing the piano in the clinic atrium, to the surprise and pleasure of onlookers. He posted it on Sharing Mayo Clinic. In two weeks, the number of views soared from 1,000 to over 68,000.

Because the article wasn’t published online until April 29, and even then didn’t include a direct link to the video on YouTube or or Sharing Mayo Clinic post, the traffic continued to build gradually, reaching 187,000 views by Sunday, May 3. That was the day the video was featured on Fark.com and Random Lunatic News (something to which we all aspire, I know), which made viewership really start to take off. Here are the running totals of cumulative views:

Later that week we pitched the story to the Des Moines Register, the metropolitan paper nearest the Cowans’ home town. Columnist Marc Hansen did a tremendous profile, which was published May 10.

For the next few days, the views continued to swell.

The video broke the 1 million mark on YouTube on May 15:

…which also was the day a “pirated” version was featured on the front page of MSN.com, getting another 130,000 views or so (click to enlarge):

Whereas the video had been seen 1,000 times in the six months before April 7, now it was being viewed 5,000 times an hour. And the more people who saw it, the more it was tweeted, posted to Facebook profiles and emailed.

That traffic continued for a couple of weeks. My travels led me to Ankeny, Iowa, where I was able to interview the Cowans myself and post it to Sharing Mayo Clinic. They accepted an opportunity to travel to New York City to be featured on Good Morning America May 27, which means they were seen live by more than 3 million people. Here is the GMA segment.

And finally, we were bemused to find out that Jay Leno had shown a portion of the YouTube clip in his Thursday night monologue, complete with a knock-off video of his own. Screen shots below: 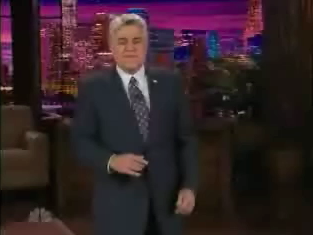 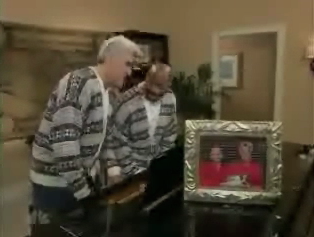 Scott Meis has done some good analysis of this video, and I recommend you get his take on this, too. But here are some things I see as major lessons:

This was my first experience with a viral video. I learned a lot. I hope my observations (and Scott’s) are helpful to you.